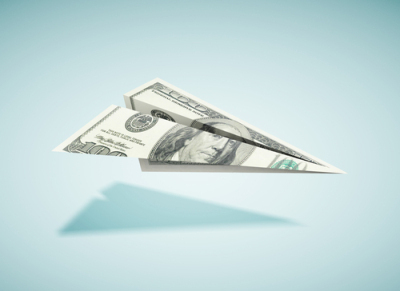 "Rocketrip, a company out of the latest Y Combinator batch, wants to save companies money by paying the employee to find ways to travel on the cheap.

The idea behind Rocketrip: for every two dollars you save your company, you get paid one. If hotel rooms in the area are, say, $150 a night, and you opt to crash on a buddy’s couch instead, you just saved the company $150 bucks. You get a gift card for $75, and the company still saves $75. Find a promo code that saves you $10 off your rental car? Bam — that’s $5 bucks for you." 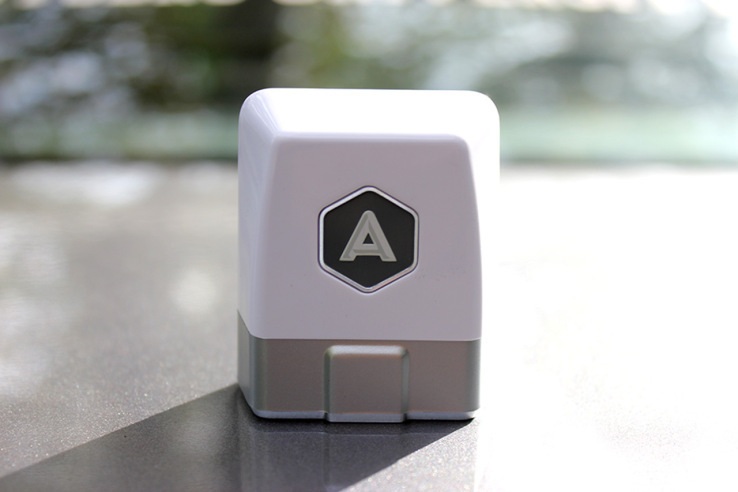 Automatic‘s smart driving assistant, which combines a small piece of hardware with powerful mobile apps, was designed to provide vehicles owners with new tools to understand how they can get more out of their car’s performance. Well, it recently added iBeacon functionality, which could fundamentally change the way users and their cars interact with other things around them. 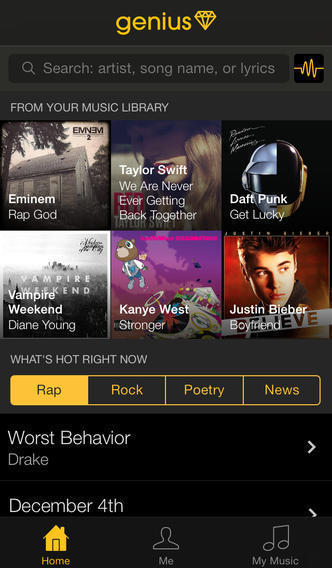 On Rap Genius, artists and their fans explore lyrics interactively via line-by-line annotations they can read, create, and edit as part of a worldwide knowledge project. Rap Genius is the brain we all share: beyond music, it is the Wikipedia of all text, including poetry, news, history, science, the Bible, fashion, and much more. The Genius app – your pocket guide to human culture – brings the Rap Genius brain to your phone.

Read the full post on the Rap Genius blog

Get the Genius app here 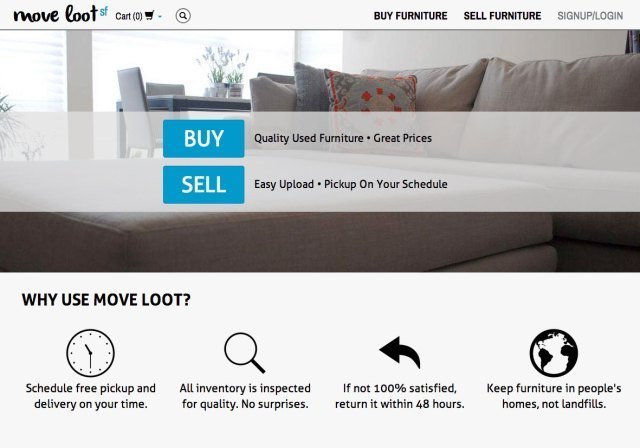 Buying and selling anything online that can easily be shipped in a small box is easy, but what about bulky furniture? Move Loot, a Y Combinator-backed startup, wants to take the hassle out of buying and selling furniture online and is officially launching its service in San Francisco today. 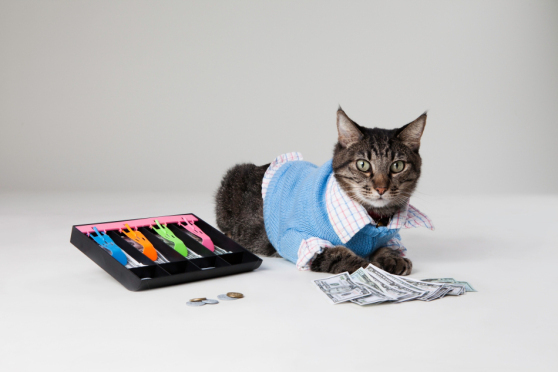 ZenPayroll focuses on one key business process and does it well: payroll.

A second Y Combinator financial services startup with “zen” in the title, Zenefits' speciality is, you guessed it, paperwork-free benefits.

Benefits are extremely complicated and confusing. Zenefits makes it super easy to set up group benefits programs for employees, including medical, dental, vision, 401(k), and stock options. Rather than replacing an accountant, Zenefits is more of a replacement for an HR representative, although it also takes care of payroll. More...

Read the full story on VentureBeat 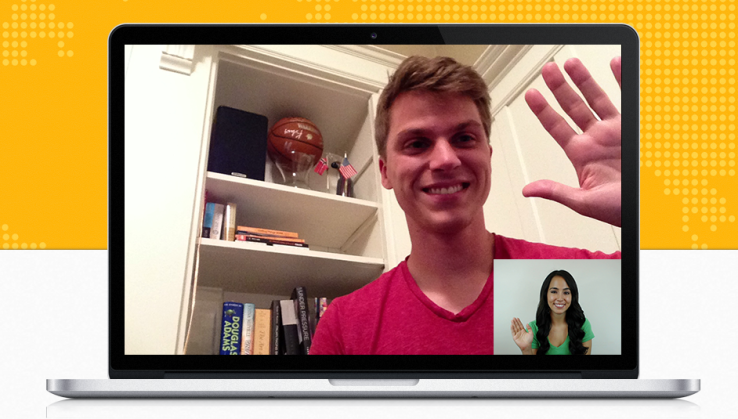 There’s no better way to learn a language than by talking with a native speaker. But let’s face it — it’s not always easy to find or connect with those speakers. Cambly solves that problem by creating an on-demand marketplace of native English and Spanish tutors that students can instantly connect with online or through their mobile phones or tablets.

Cambly provides a two-sided platform through which those interested in learning a new language can do so through conversational video chat with a native speaker. Thanks to the beauty of its mobile and tablet apps, students can access personal tutors wherever and whenever, with just one click.

When it comes to lending and borrowing money, banks have long been at the center of the equation. However, with the proliferation of new information technologies, mobile devices and the good old Web, new methods of borrowing and lending have emerged that are slowly toppling the bank-centric model. The best and most promising example is peer-to-peer lending, which leverages technology to directly match those who need money with those who have money to invest, while cutting out the middle man.

By enabling the efficient flow of capital across international boundaries and wealth divisions, and by allowing lenders to connect with and send money directly to borrowers, peer-to-peer micro-lending has the ability to have an enormous impact — on a global scale. However, while a handful of organizations and institutions have attempted it, direct P2P lending across international wealth divides has never been done before at scale, says Julia Kurnia.

So Kurnia decided to change that. In 2009, she founded Zidisha, a non-profit organization dedicated to bringing direct, P2P lending to low-income entrepreneurs in developing countries. Without much of a roadmap to follow, Zidisha has spent the intervening years plotting its course, slowing developing a micro-finance model that could work at scale — through good old-fashioned trial and error. 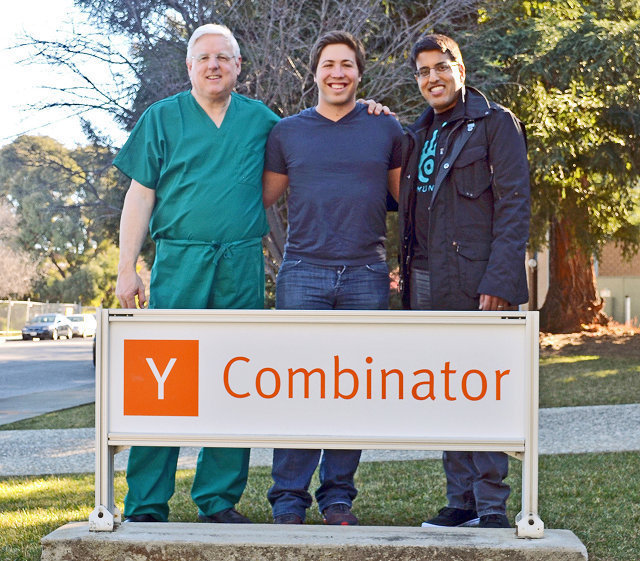 What happens when you combine Microsoft e-Science machine learning, Harvard thinking, and a new medical device to tackle HIV-AIDS? The Immunity Project, a not-for-profit company developing the first ever synthetic HIV vaccine.

The Immunity project’s work is based on the discovery that there are people born with a natural immunity to HIV. After identifying these "HIV controllers" in the population, the team applied machine learning to reverse-engineer the biological processes HIV controllers use to defeat the virus, mimicking natural immunity.

They’ve developed a vaccine prototype and completed preliminary laboratory testing. And today, they went live with a crowdfunding campaign to support a demonstration aimed to prove the vaccine can successfully immunize human blood. It's the last step before they begin Phase 1 human clinical trials with the FDA. Their goal is to give the vaccine away to the world, for free.

In the crowded field of online payments, venture capitalists are betting Stripe Inc. is a standout worth more than a billion dollars.
The payments startup has raised about $80 million in new funding this week from venture-capital investors including Khosla Ventures, Sequoia Capital, and Founders Fund, said brothers John and Patrick Collison, the company's co-founders, in an interview. Stripe, at just over four years old, is now valued at $1.75 billion.

Read the full story on WSJ.com 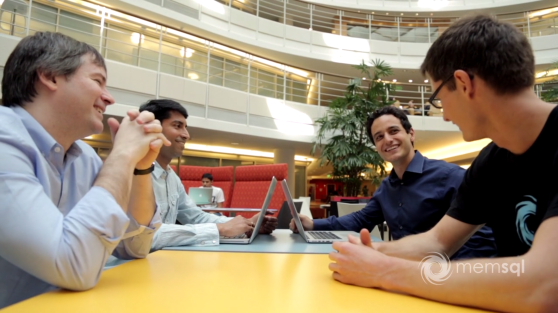 In this big-data era, the database business is hot. Companies have been willing to try out new technologies to store and analyze large data sets. Such conditions have helped companies as small as RethinkDB and as large as MongoDB pull in funding in the past year.

Companies that seek high performance but don’t want to learn a whole new query language to use a newfangled database could turn to MemSQL, among others. The company targets real-time analytics. That could mean, for example, identifying the right ads to display to consumers based on the things they click on.

The technology appears to be hitting its stride, as MemSQL today announced $35 million in new funding, with Accel Partners and Khosla Ventures signing on beside previous investors Data Collective and First Round Capital.